Weekly sales transactions reach over 1,000 for the first time since June 2013

reiwa.com data has revealed that over 1,000 sales transactions have occurred in greater Perth for the week ending 21 June 2020, which is almost double the 52-week average of 539 sales per week and is the highest level of activity seen since June 2013.

REIWA President Damian Collins said the Perth metro market has certainly started to pick back up and is not only performing better than last month, but also this time last year.

“Land sales were the standout for the week which saw the highest level reiwa.com data has seen since August 2009 and can be attributed to the various government home building schemes announced earlier this month.

“The schemes have certainly helped people who were undecided about a house-and-land package, make their decision quicker, and we will likely see vacant land transactions remain at higher than normal levels until the end of the year when the scheme concludes.”

reiwa.com data showed the top five suburbs by land sales for the week ending Sunday 21 June, were Madora Bay, Baldivis, Maddington, Wellard and Hammond Park, all which are located in Perth’s outer suburbs.

“It is expected the scheme will help more people get into their homes quicker, but it’s also important to acknowledge that home sellers who built in these outer suburbs in recent years, not only suffered during the downturn, but will now find themselves potentially another $45,000 disadvantage,” Mr Collins said.

Looking beyond land sales this week, the established housing market also experienced a notable increase in activity with dwellings sales rising seven per cent over the previous week, adding to last week’s 26 per cent improvement.

“While things are looking positive for the property market, we hope that the recent market activity will not only lead to the recovery we have been waiting for, but also continue post the government schemes which end on the 31 December 2020,” Mr Collins said.

Long-term impacts of COVID-19 on the property market 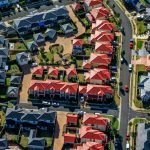 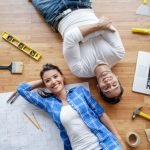 What the building bonuses can mean for you in WA