A growing divide between homeowners and renters has emerged in Western Australia, with a new report revealing the disparity in housing affordability has widened since COVID-19.

The recent Bankwest Curtin Economics Centre’s Housing Affordability in WA: A tale of two tenures report shows while property owners are more comfortable than they have been in some years, private renters, particularly single parents, are struggling to make ends meet.

The report draws on research from the fourth BCEC Housing Affordability Survey of 4000 households across Western Australia, New South Wales and Queensland.

But the report also found that one in five single parents rated their housing as unaffordable and 40% were paying more than a third of their income on housing costs.

Bankwest Curtin Economics Centre Director Alan Duncan said the divide would likely increase in coming months as the full impact of the lifting of the COVID rental moratorium was realised. The tight rental market was also contributing to the rift, he said.

“Rents in WA have increased by $60 per week on average since September 2020 because of high rental demand and limited supply of houses available to rent, and are likely to increase further now that the moratorium has lifted,” Professor Duncan said.

“If rents were to increase by 10% this would have a major impact on the financial wellbeing of more than 100,000 renters in WA, disproportionately affecting those receiving rent assistance.”

Perth’s rental vacancy rate is now below 1% – the lowest level in 40 years.

Perth’s rental vacancy rate is at its lowest level in 40 years. Picture: Getty

It comes amid a sharp rise in the number of new residential builds in WA, with approvals more than doubling to 11,000 dwellings between January and April 2021 compared to 4800 in the first four months of last year.

The report says housing loans in WA reached an historic peak in February 2021, with $2.4 billion in loans allocated to the housing sector – twice the value of the previous year.

And it found there had been a shift in what households wanted from their living arrangements since COVID-19, with many reporting a greater desire for more internal and outdoor space and better access to local amenities. 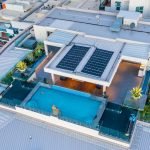 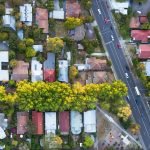