Stamp duty has become the antiquated blight of the Australian housing sector as prices soar and governments continue to penalise home buyers with higher taxes which is leading to a reduced number of properties on the market.

Real Estate Institute of Australia (REIA) and SQM Research have released a market analysis titled Stamp duty: The relationship to Australian housing affordability and supply, which shows that listings have plummeted across the country as housing prices and taxes on sales skyrocket.

According to the report, total national property listings have been steadily falling over the past year to currently sit at just over 200,000 properties – a record low on SQM’s numbers.

By way of comparison, between 2011 and 2019, a period that recorded two upturns and one downturn, national available listings ranged between 380,000 to 300,000 dwellings.

“As a result, market liquidity has nearly halved. In 2008, up to 4.5 per cent of all residential properties were available for sale at any one point in the market. Today the percentage available is below 2.5 per cent,” the report found.

Stamp duty is a huge financial impost on buyers

“Stamp duties as a percentage of average national earnings have jumped over the past decade to 34.3 per cent from 25.1 per cent recorded back in 2012, up almost one third. In Sydney and Melbourne, stamp duties alone can represent nearly half the average annual income,” Mr Kelly said.

Mr Kelly said transfer duties as a percentage of median property prices have jumped in most capital cities over the nine years between the March quarter of 2011 and March 2021 because of rising property prices.

“In real terms, at current median income and rising housing prices, had stamp duty remained at the 2012 amount, home buyers would save an average nation-wide of $21,000 with Victorians saving a whopping $35,000, or half an annual median salary in Australia,” Mr Kelly said.

A shortage of real estate

Louis Christopher, Managing Director of SQM Research said the study has found there has been an ongoing decline in listings over the past ten years.

“The decline in listings has been occurring despite the steady increases in total dwellings across Australia and even through the various housing cycles,” Mr Christopher said.

“The long-term decline in listings fundamentally represents a shortage of real estate which is contributing factor to the surge in prices.

“While there maybe various reasons for this situation, we believe stamp duty bracket creep is a leading contributor. When transaction costs of transferring properties disproportionately rise compared to dwelling prices and incomes, (as what we have found) then that must be a massive disincentive for property owners to move house.” 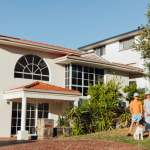 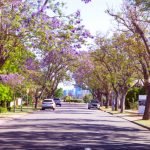