Perth outperforming Sydney and Melbourne for price growth in 2022

CoreLogic’s Perth home value index increased 0.6 per cent during May, bringing total growth for the 2022 calendar year to date to 3.6 per cent. REIWA President Damian Collins said market conditions during the first five months of 2022 had been strong, with the Perth property market outperforming Sydney and Melbourne for price growth.

“May was another solid month of growth for the Perth property market, which is an encouraging sign that the recent increase to the cash rate has not stifled demand. “Based on what we’ve seen so far this year, Perth is on track to achieve REIWA’s forecasted 10 per cent price growth by the end of the year,” Mr Collins said.

Perth’s median house sale price was $525,000 during May, with reiwa.com data showing 64 Perth suburbs recorded price growth during the month. “Price growth is widespread across Perth, with REIWA agents from Mandurah to Joondalup reporting strong market conditions. Despite the fact prices are rising, Perth continues to have the most affordable median house sale price of any capital city in the country,” Mr Collins said.

There were 8,519 properties for sale on reiwa.com at the end of May, which is six per cent higher than April and 11 per cent lower than the end of May 2021.“We saw a notable increase in listings for sale during May, which is pleasing, however stock levels remain well below the 12,000 to 13,000 figure that we’d expect to see in a balanced market,” Mr Collins said.

The median time to sell a house was 13 days during May, which is the same amount of time as April and one day faster than May 2021.“Properties continue to sell fast. Perth is firmly in a seller’s market and buyers need to ensure they act quickly and present their best offers first to avoid missing out,” Mr Collins said.

Perth’s median rent price increased $10 to $470 per week during May.“This is the second month in a row that the median rent price has increased. While market conditions are challenging for tenants, we continue to have the most affordable rental environment in the country,” Mr Collins said.

It took a median of 16 days to lease a rental during May, which was the same as April and two days faster than May 2021.The suburbs that recorded the fastest median leasing times during May were Seville Grove (10 days), Harrisdale (12 days), Butler (12 days), Success (12 days) and Alkimos (13 days).

“The rental shortage will not go away without a significant uplift in private investment. We need to ensure property investment is encouraged in Western Australia so that there are enough available rentals to keep up with tenant demand,” Mr Collins said.

Super Investment: How to use Super to buy a house 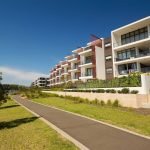 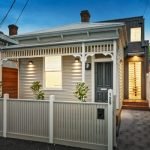 How to make your home stand out when selling