Recent headlines are dominated by rising interest rates, and the start of a downswing in dwelling values particularly across the lower east coast of Australia. But the latest CoreLogic Home Value Index shows Perth dwelling values at a new record high, after almost eight years of decline and recovery.

Recent headlines are dominated by rising interest rates, and the start of a downswing in dwelling values particularly across the lower east coast of Australia. But the latest CoreLogic Home Value Index shows Perth dwelling values at a new record high, after almost eight years of decline and recovery.

Perth dwelling values have risen a cumulative 24.5% since the start of an upswing in June 2020. The 1.1% rise in values through April took market values 0.9% higher than the previous record in the Home Value Index from June 2014. This means it has taken 94 months for the Perth market to stage a nominal recovery in dwelling values.

Perth dwelling values have seen extreme cyclical movements in line with the boom and bust of the resources sector since the 2000’s. Figure 1 shows Perth’s indexed median value since 2000.

The chart shows dwelling values across Perth more than doubling between January 2000 and January 2007, as private business investment associated with the mining sector in Australia almost doubled around the same period.

While the global financial crisis in 2008 caused some disruption to employment activity, reasonably strong demand for commodities continued until the mid-2010s. By June 2014, the Perth dwelling market hit record high values.

Strong growth conditions halted soon after, as a steel glut in China dramatically reduced demand for iron ore. Boom conditions across WA reversed, the unemployment rate surged to 7.1% in March 2018 (which at that point was the highest unemployment rate for 16.5 years), and the state population started to drain, as interstate migration turned negative.

Between June 2014 and September 2019, Perth dwelling values saw a peak to trough decline of -20%. According to the indexed median dwelling value, this was the equivalent of around $95,000 lost at the median dwelling value over a period of 5.3 years. While values remain much higher than at the onset of the mining boom in the early 2000s, prices have not moved significantly higher since 2006.

Where to for the Perth market?

As it stands, growth in the Perth dwelling market has been led by houses, with unit values still -13.6% below the record high seen in September 2013. Recent growth in home values has been supported by a recovery in mining activity, a sub-4% unemployment rate, strong jobs growth and positive interstate migration to WA since the September 2020 quarter.

Housing market values looked as if they could be easing towards the end of 2021, but the trend rate of growth has seen a resurgence through the March 2022 quarter (figure 3).

The expansion of mining employment should see some upside amid the global recovery from the pandemic and, perversely, disruptions to commodity exports from Russia and Ukraine. However, capacity constraints from a tight labour market and materials shortage may prevent these potential gains from being fully realised.

Perth may also see a short-term increase in demand from the investor segment. Rental yields across Perth dwellings are averaging 4.4% gross, the highest of any state capital. The city arguably has better prospects for medium term capital gains, and a low buy-in price. Lending indicators data from the ABS show investors currently comprise only 25.7% of mortgage demand in WA, well below the national average of 35.2% and the second lowest proportion of investment activity across the states and territories after Darwin.

While there are several tailwinds for the Perth dwelling market which suggest a continued upswing, the recent tightening of interest rates may be a blunt force for housing demand. Perth may eventually follow other Australian markets into a broad-based downswing as a result, just as record-low interest rates aided the recent recovery. 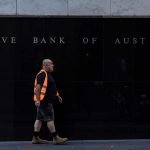