A plush East Perth penthouse on the market for an eye-watering $20 million could become the city’s most expensive apartment if it fetches the lofty sum.

“It’s absolutely spectacular,” said selling agent Peter Robertson, from William Porteous Properties International. “It’s one of the most amazing penthouse apartments that Perth has ever seen.”

Comprising a spacious 1897sqm floorplan – on par with the most grandiose mansions in Perth – the penthouse is set across two levels and includes six bedrooms, a steam room, private lift, maid’s quarters and three kitchens.

As well as stellar views of Claisebrook Cove and Optus Stadium, there is an eight-car garage spanning 220sqm with direct access to the residence via the lift.

Mr Robertson said the property owner, a Perth businessman who developed the entire Mardalup Building complex in 2011, had lived in the penthouse, but all except one of the six lower apartments had never been sold.

“In 2011 the owner sold one of the apartments off for $7.425 million and the rest have sat there empty. He moved into the penthouse but the others have never been lived in,” he said.

“The asking price is $20 million and we understand that would be a record price for Perth [for a penthouse].”

“This is the best market that Perth’s seen pre-GFC,” he said. “This property would also have quite a large international audience, and we believe quite a large audience of ex-pat Australians.

“Aussies have gone far and wide and we think in the COVID pandemic world that we live in, we are getting international enquiries from ex-pats that have been overseas for a long time, who have been out of WA or Australia for 20 or 25 years looking at coming back.”

Property developer Paul Blackburne currently lays claim to the city’s most expensive penthouse sale at ONESubiaco, which sold for $19.3 million in March.

What each state’s restriction status means for real estate 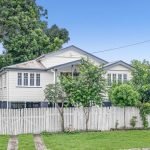 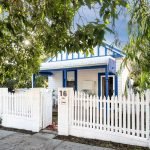