The Reserve Bank of Australia has lifted the official cash rate for the first time in more than 11 years in its first intervention in a federal election since John Howard lost office in late 2007.

The central bank lifted its cash rate target from the record low 0.1% it had hovered at since November 2020, during the depths of the Covid pandemic. It was raised more than expected to 0.35%, and the RBA signalled more rises to come.

“The board judged that now was the right time to begin withdrawing some of the extraordinary monetary support that was put in place to help the Australian economy during the pandemic,” the RBA governor Philip Lowe said in a statement.

“The economy has proven to be resilient and inflation has picked up more quickly, and to a higher level, than was expected. There is also evidence that wages growth is picking up.

“Given this, and the very low level of interest rates, it is appropriate to start the process of normalising monetary conditions.”

An increase was widely expected after consumer price inflation spiked in the March quarter, with both headline and underlying inflation climbing to their highest levels in more than two decades. The size of the increase, though, was 10 basis points larger than the 0.15 percentage point rise, a surprise that sent stocks lower and the dollar higher.

The Commonwealth, ANZ and Westpac banks on Tuesday night announced they would match the RBA’s move and raise their variable home loan rates by the same 25 basis points.

While most market economists had expected the cash rate increase, the move came despite Lowe’s earlier assurances that he wanted to see inflation figures as well as wages data – not due out until 18 May – before lifting rates.

This failure to signal Tuesday’s move could damage the credibility of future comments from Lowe and the RBA, some economists have said.

On the flip side, by lifting the cash rate during an election campaign, the RBA has underscored its independence. The nine-member board is chosen by the treasurer and includes treasury secretary Steven Kennedy, an appointment unlike that which occurs in the central banks of similar countries, such as Canada.

“The election has no influence at all on today’s decision,” Lowe told a press conference in Sydney.

“We don’t take the political situation to account. We do what we think is right for the country.”

While the rate rise will hurt borrowers, those with deposits will be cheering after years of little or no return. Tuesday’s hike will be passed on to both lending and deposit rates by commercial banks but the size of the increase and pace of adjustment will no doubt draw scrutiny, particularly as more rises are likely soon.

“Inflation has picked up significantly and by more than expected, although it remains lower than in most other advanced economies,” Lowe said.

“This rise in inflation largely reflects global factors,” he said. “But domestic capacity constraints are increasingly playing a role and inflation pressures have broadened, with firms more prepared to pass through cost increases to consumer prices.”

The verdict will likely stoke the cost-of-living debate during the election campaign, and potentially make it harder for the Morrison government to spruik its economic management credentials.

Others, though, will be looking to see what promises Labor under an Anthony Albanese government can deliver to ease inflationary pressures.

Lowe made it clear the May rise will be followed by more increases soon, saying it was “not unreasonable” to expect interest rates to rise to 2.5%.

“How quickly we get there and if we do get there will be determined by how events unfold,” he said. “The board is committed to doing what is necessary to ensure that inflation in Australia returns to target over time.”https://a2137bcc7d59c13b1693be50573684d3.safeframe.googlesyndication.com/safeframe/1-0-38/html/container.html?n=0

But the timing and size of future increases will depend on how the “balance of risks” evolve, Lowe said.

“The move is at the hawkish end of the spectrum,” Plank said. “This reflects the RBA’s elevated inflation forecasts.”

These predictions includes the headline inflation to reach 6% by the end of 2022, with core or underlying inflation at 4.75%. In March, the latter came in at 3.7%.

The ANZ said another increase at next month’s board meeting of 40 basis points to 0.75% “seems a distinct possibility”, Plank said.

Duty-free thresholds need to be raised for first home buyers 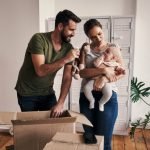 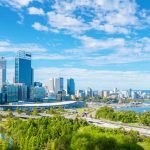