A new report has found that Western Australia is the only place in the country where housing affordability has improved in 20 years.

The Real Estate Institute of Australia (REIA) released their Housing Affordability Report ‘The Past 20 Years’ last month which looked at the change in affordability of each state and territory between 2000 and 2020.

REIA’s analysis assessed affordability based on what proportion of the median weekly family income was required to service loan repayments in the respective state or territory in 2000, 2005, 2010, 2015 and 2020.

During this time, West Australians paid less of their family income in home loan repayments in 2020 at 25.4 per cent than they did at the start of the century when the proportion of income required was 25.6 per cent.

Of the five-yearly increments assessed in the report, REIA’s analysis shows 2010 was the least affordable time in WA, when the proportion of median income required to service a loan was 38.8 per cent – 13.4 per cent more expensive than in 2020.

WA also fared well on the rental front, with the report finding that rental affordability improved 1.5 per cent during the 20-year period, with the proportion of income required to pay rent dropping from 18.4 per cent in 2000 to 16.9 per cent in 2020.

The least affordable time during the 20-year period for renting was also in 2010, when the proportion of income required to pay rent was 22.5 per cent – 5.6 per cent more expensive than in 2020.

Although WA market conditions have strengthened over the last two years, it’s pleasing that our property market remains accessible for most people. With interest rates having risen recently, WA’s prevailing affordable housing environment puts West Australians in a good position to manage the cost of servicing a loan.

6 tips for first home buyers applying for a mortgage 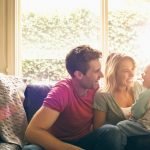 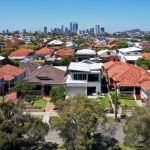