“With around 4,600 places coming online in time for Christmas, I urge aspiring first time home owners to take action by calling their local agent or mortgage broker and securing their place in the scheme.

“This First Home Loan Deposit Scheme is particularly important in a rising market, especially for those who do not have access to the Bank of Mum and Dad.

“This reissued 4,600 places can be used for either new or existing dwellings which suits the type of housing stock first home buyers generally prefer with caps that better suit current market conditions,” Mr Kelly said.

REIA was one of the first industry bodies to support the First Home Loan Deposit Scheme and called for its continued expansion in the release of REIA’s Getting Real.

Mr Kelly said moving into an election year in 2022 it was critical for schemes that support home ownership over lifetime renting continuing.

“Home ownership is a significant factor in Australians enjoying a happy and secure retirement, as well as contributing to the overall housing affordability picture.

“Loan repayments for first home buyers usually sit under median rents within two to six years of purchasing a home depending on the location,” Mr Kelly said.

According to the REIA’s latest Housing Affordability Report, the number of first home buyers in Australia decreased to 37,782, a fall of 12.6 per cent during the quarter and just one per cent more than 12 months ago.

“The number of first home buyers decreased over the September quarter in all states and territories. South Australia had the largest decrease of 21.6 per cent and the Australian Capital Territory had the smallest decrease of 0.7 per cent,” Mr Kelly said.

“This simply means that government programs like the First Home Loan Deposit Scheme and the First Home Super Saver Program need to be supported and expanded.”

Perth house prices expected to increase 10 per cent in 2022 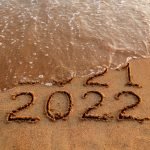 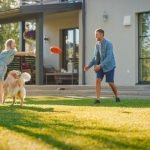